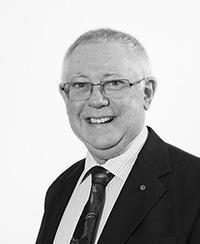 Mr Bell is the proprietor/manager of a community pharmacy in Sydney, providing specialist services to nursing homes, hostels and private hospitals. He is also a practitioner/teacher at the University of Technology Sydney. He is a Corporate Relations Consultant to the Pharmaceutical Society of Australia (PSA) and Advisor to the PSA Self Care consumer health awareness and pharmacist training programme.

In recent years, on behalf of the CPA, he has been a member of delegations to India, Bangladesh, Botswana, Ghana, India, Jamaica, Namibia, Sri Lanka, Tanzania, Trinidad & Tobago, Zambia and Zimbabwe to consider and make recommendations on matters relating to pharmacy practice and public health.