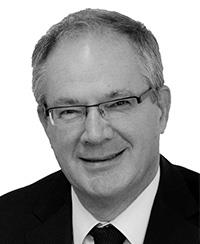 Dr Duerden is Honorary Senior Research Fellow at Bangor University and Medical Adviser for the Diploma in Therapeutics at Cardiff University. He is an adviser to the UK Royal College of GPs and for NICE. He was formerly a Medical Director for the NHS in North Wales and is a retired GP. He qualified in medicine from Newcastle University and studied for a Masters qualification in public health at Cambridge University.

Dr Duerden has a longstanding interest in applying evidence-based medicine to prescribing and therapeutics. He was on the guideline group for NICE on antimicrobial stewardship. He has previously worked for the National Prescribing Centre and for the Department of Medicines Management at Keele University. He was also inaugural Chair of the New Medicines Group for Wales, 2007−2010. He was the co-author of two King’s Fund reports on the quality of GP prescribing and on polypharmacy. He is also the co-author of a widely read book for pharmacists, ‘Symptoms in the Pharmacy’.

Dr Duerden’s research interests include prescribing and medicines policy, pharmacology and therapeutics and the use of medicines in the context of public health. Dr Duerden has authored and co-authored many peer-reviewed publications and is on the Editorial Boards for Prescriber magazine and Drug and Therapeutics Bulletin.

My view is that GRIP has been a high profile success story ably facilitated by Cello Health Communications working alongside RB. It is tackling antibiotic resistance, which is a major threat to global health, in a constructive and innovative style. Respiratory infections are the commonest reason for use of antibiotics in most countries and in many cases this use is unnecessary.  Cello Health Communications has brought the knowhow of commercial communications to a team of health care professionals from different countries and this project has enabled raising the profile of symptomatic relief for self-limiting respiratory infections, rather than a ‘knee jerk’ antibiotic prescription. I don’t see how this work could happen outside the individual countries so the project has helped bridge the gap which is needed to tackle antibiotic resistance as a global phenomenon. The work is growing in strength and has brought people from many different cultures and healthcare settings to work together collaboratively with a single aim: a true triumph in facilitation and communication.