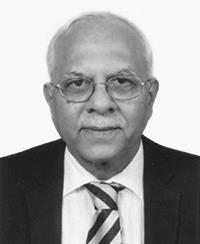 Dr Ashok Mahashur is a Consultant Chest Physician currently based in Mumbai, India, and has been the President of the Indian Chest Society since 2006. With many years of clinical and teaching experience, he is also a postgraduate teacher on respiratory medicine at the University of Mumbai, as well as being a Member of the Board of Studies at the Banaras Hindu University.

With more than 120 scientific and research publications, including contributions to several medical books, Dr Mahashur serves on the editorial boards for numerous biomedical journals, such as the Journal of the American Medical Association and the Indian Journal of Chest Diseases, in addition to being Editor of Thorax (India).

His research projects are mainly environmentally focused – the most notable being his involvement with the methyl isocyanate gas leak in Bhopal in 1984, where he was part of the medical team who visited the site in Bhopal.

“ANTIBIOTIC RESISTANCE IS A GLOBAL CONCERN AND IS PARTICULARLY PRESSING IN DEVELOPING NATIONS, INCLUDING INDIA WHERE THE BURDEN OF INFECTIOUS DISEASE IS HIGH AND HEALTHCARE SPENDING IS LOW. THERE IS A NEED TO EDUCATE MEDICAL PROFESSIONALS AND PATIENTS ABOUT THE RATIONAL USE OF ANTIBIOTICS, AND THE CONSEQUENCES OF INAPPROPRIATE USE, BOTH ON PATIENTS AND MICROORGANISMS.”