Despite a substantial increase in efforts to harmonise global initiatives around microbial resistance and the intensity of focus being exerted, challenges remain, with inappropriate antibiotic usage still a central issue, particularly in conditions like respiratory tract infections, and often won’t relieve the symptoms that are driving consultations.

The GRIP declaration, as outlined below remains relevant, as does the Pentagonal Framework.

We, the Global Respiratory Infection Partnership, recognizing the imminent onset of the post-antibiotic era and taking full cognisance of the eclining numbers of new antibiotics in development hereby commit to: 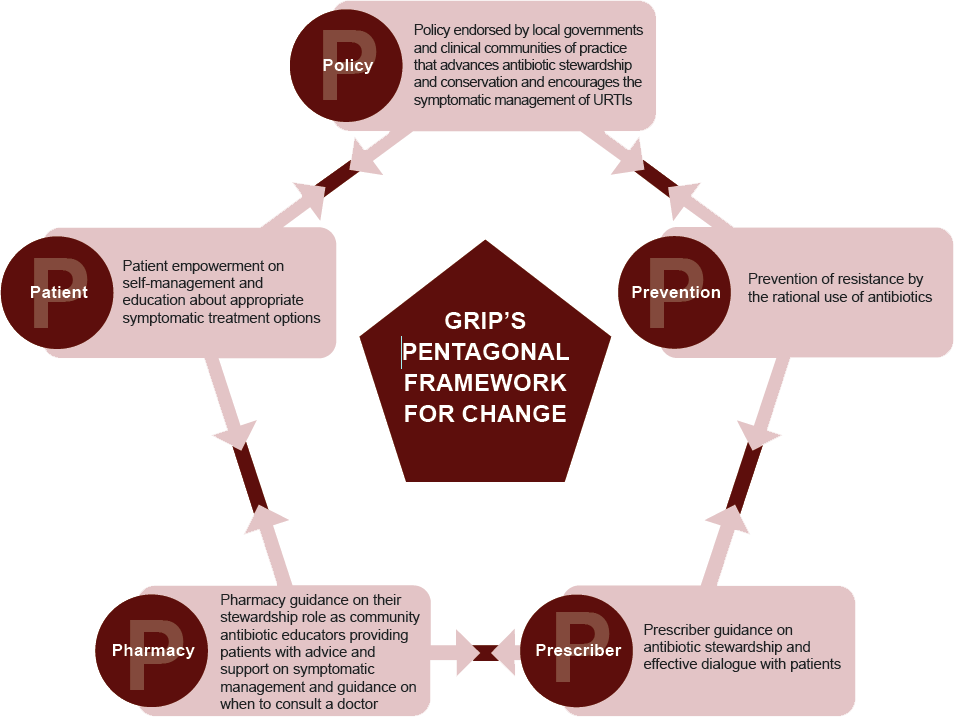 Visiting pharmacies in Thailand illustrated challenges in terms of free access, and for which policy is a critical driver. In the absence of regulations or the enforcement thereof, it remains clear that many consumers still believe that upper respiratory tract infections may require antibiotics, if not immediately, rapidly after early onset of symptoms to reduce the k of potential further complications.

In almost all cases, antibiotics were freely sold OTC upon presentation of symptoms, or when asked for directly by name. This isn’t unique to Thailand however in terms of pharmacy accessibility.

In some cases, OTC access is also linked to where patients pay to see healthcare professionals, where evidence from the GRIP members and guest participants illustrate the ongoing impact of patient demands and the increased likelihood of antibiotics being dispensed.

For every stakeholder group, education remains critical, particularly for minor self-limiting conditions. Given the symptoms that appear to be most troublesome to patients in areas like respiratory tract infections, guidance on how to obtain symptomatic relief can play a major role in helping alleviate patient concerns.

Guidelines for the management of upper respiratory tract infections can help drive educational efforts and deliver a consistent approach, however, their value only becomes apparent if they are widely adhered to – hence the issue of policy change.